It is now time to call the Ho Chi Minh City of Singapore as Asia’s next garden city. The futuristic and eco-friendly designs of Vo Trong Nghia, the award-winning Vietnamese architect, have revolutionized the architectural realms across boundaries. His fascinating architectural concepts comprise of green lush, open-air corridors, flowing gardens and canes of bamboo. His visionary thoughts have made a dramatic influence in the architectural sphere of Vietnam cities. His “House for trees” project emphasizes on creating a green oasis in the dense neighborhoods of Ho Chi Minh City. Each house resembled a cluster of potted plants with abundant greenery flowing from the rooftop.

A recent interview with Vo Trong Nghia reveals the following inputs. Having grown up amidst mountains and forests, Vo Trong Nghia wanted to be an architect right from his childhood. As a young boy, he was involved in cutting down trees in the forests to earn a livelihood. A lot of forests were thereby destroyed for timber. Understanding the importance of forests, Vo Trong Nghia wanted to save timber, which led to the use of bamboo in his architectural projects. Vo Trong Nghia’s views on bamboo are that they are more sustainable, strong and attractive for constructional purposes. They also have the ability to regrow quickly.

The sustainable designs of Vo Trong Nghia bring back nature into the polluted city. A sustainable design protects the environment in a long run. It organically connects the humans with nature. Eco-friendly designs add to the functional beauty of a city. As countries tend to develop faster, a large number of concrete jungles tend to occupy the earth. To put a stop to these concrete jungles, sustainable designs and green roofs are a necessity to achieve ecological balance. A green social space is the need of the hour. His designs also focus on the principle of reducing, recycle and reuse to conserve and protect nature.

Read More : How to start a internet raido show from home

Everyone knows how refreshing and peaceful it feels to take a nice stroll in the local park. You can enjoy the fresh air, the sweet chirping of the birds, and the nice scene of greenery and perhaps, if you are a bit health-oriented, a brisk walk or a quick jog around the park too. Every bustling city around the world aims to set aside a percentage of its land to the development of small and scenic park-lands. And they aim to add a bit of appeal and aesthetic sense to it as well.

The Trust for Public Land is an organization that is absolutely committed to seeing that cities around the world keep the promise of giving its residents a little bit of Mother Nature. This non-profit institution aims to give ample protection and sustenance to the various park lands a city has within its limits. It also seeks ways to promote the development of more parks and nature spots in busy cities. One of the ways it employs to motivate cities to upkeep its parks is by giving out awards for the cities that have rated high on its Park-score. 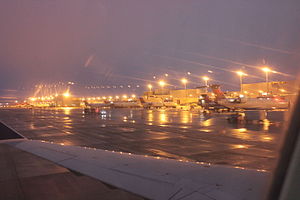 This year, the distinction of maintaining well-kept park-lands has gone to the busting and cool city of Minneapolis. It scored 86.5 out of a possible score of 100 and was successful in relegating neighboring St. Paul to a not so bad 2nd place.

The organizers have repeatedly called cities across the globe to actively participate in this friendly race. In the end, they say, it is really like taking a step closer to Mother Nature.